Thad was born on the left coast of Oregon and moved to Payette, Idaho during his high school years. He quickly fell in love with the state and stayed here when the rest of his family moved back to Oregon. After high school, he moved to Boise and attended ITT Technical Institute where he earned his AAS in Electronic Engineering.

Thad worked a variety of electronics related jobs until he settled into the field of software testing. He spent several years in a large corporate environment before leaving to work with start-ups and smaller companies. Through that process, he also began his own consulting agency and helped local and international teams with improving their software testing processes. In the work of improving software testing, Thad often found himself addressing business processes and methodologies that had negative impacts on software quality. His business skills had already been put to use helping to start a security and self-defense training company, which he is still a partner in today. Before long, he and his wife began talking about the potential of purchasing and renovating small businesses.

On January 1st of 2020, Thad completed his first construction related business purchase and started the renovation process. The company did well and began to flourish, up until the point where the effects of the national lockdown started to have a large impact on supply chain. Thad has spent the last year fighting the problems created by big government and big corporations by exploring innovative solutions to the current supply line issues. He is currently working on initiatives which will re-use certain construction materials and bring some relief to our local supply chain challenges.

Thad has had an interest in the political field since he was young, although he never dreamed he would be this involved. He started out with keeping an eye on federal politics, but as he became aware of the local issues he moved more towards state and city government involvement. He founded his first non-profit in 2017 when the Meridian city council passed one of the most anti-freedom Sexual Orientation Gender Identity (SOGI) ordinances in the country. While the Faith & Family Alliance made a strong attempt to overturn the ordinance, they fell just short of the required signatures to put a repeal initiative on the ballot. The non-profit was disbanded shortly after.

In 2022, the process of re-districting was complete and Thad’s incumbent representatives were moved into another district. As candidates in District 21 came forward, he was not seeing those who represented the Constitutional Conservative values that he wanted to see. After much discussion with family, friends, and mentors, Thad filed to run for the Idaho State Senate.

Thad has been married to Jill for 27 years and has three grown children. All three of his boys work with him in his business. Thad is a long-standing member of Harvest church in Meridian and is involved in the worship ministry of the church. 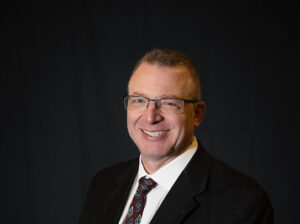